Extension of the Representativeness of the TBI Database 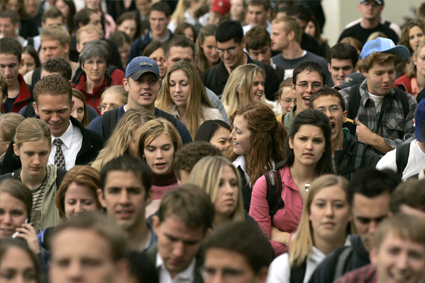 Extension of the Representativeness of the Traumatic Brain Injury Model Systems National Database: 2001 to 2010

The results show that the TBIMS-NDB largely represents US TBI Rehabilitation population. There were a few noted differences. TBIMS NDB included a smaller proportion of TBI patients 65 years of age or older than TBI patients in the national sample. For those under 65 years old, patients in the TBIMS NDB were more likely to be employed before injury. They were also less likely to have short Rehab-LOS of 1-9 days than the US TBI Rehabilitation population. For those 65 years and older, TBIMS NDB had more patients with private insurance and fewer with Medicare insurance. Patients in TBIMS NDB were also more likely to have been employed before injury versus those retired. The authors concluded that participants in the TBIMS NDB who were admitted for TBI rehabilitation from 2001-2010 are representative enough of the entire U.S. population who received acute rehabilitation for TBI during that same time period that with weighting the TBIMS NDB can be used to make population estimates of later outcomes.

A total of 163,850 participants were included in the study. Data from 7,373 TBI survivors who were part of the TBIMS National Database were compared to the U.S. population of 156,477 TBI survivors from the Uniform Data System for Medical Rehabilitation and eRehabData data sets. These U.S. population participants were over 16 years of age, and received acute inpatient rehabilitation for a primary diagnosis of TBI. The TBIMS NDB sample had inpatient rehabilitation for TBI between October 1, 2001 and December 31, 2010. People in the TBIMS NDB sample met at least one of four criteria for moderate to severe TBI. The criteria were: a) post-traumatic amnesia for more than 24 hours; b) trauma-related intracranial neuroimaging abnormalities; c) loss of consciousness for more than 30 minutes, or d) Glasgow Coma Scale score (in the emergency department) lower than 13.

The contents of this quick review were developed under a grant from the National Institute on Disability and Rehabilitation Research (NIDRR grant no. H133A110006). However, these contents do not necessarily represent the policy of Department of Health and Human Services, and you should not assume endorsement by the Federal Government.