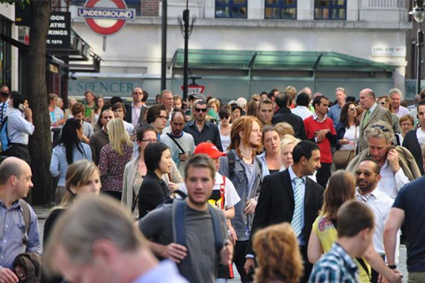 Approximately 1 in 5 (20.6%) TBI patients died within 5 years of injury. For those who survived 5 years after the injury, the rate of institutionalization was 12.2% and the rate of re-hospitalization was 49.7%. The likelihood of dying, institutionalization, and re-hospitalization increased for those injured at an older age. For functional independence outcomes, about 1 in 3 TBI survivors needed assistance or supervision from another individual. Specifically, 30.1% of patients had difficulty with daily living activities such as eating, grooming, bathing, dressing, toileting, bladder and bowel management, walking, and using stairs; 36.1% had cognitive challenges such as comprehension, verbal communication, social interaction, and problem solving, and 33.4% received supervision overnight of part of the waking hours. For social participation outcomes, about 1 in 2 TBI survivors did not drive (52.0%) or had competitive employment (54.6% of those employed before injury); and close to 2 in 3 (64.4%) of TBI survivors were unmarried. TBI survivors needed more assistance as they became older and were less likely to drive. For subjective well-being outcomes, close to 1 in 3 (28.8%) TBI survivors were dissatisfied with life and close to 1 in 10 had moderate or severe depressed mood (7.5%). TBI survivors aged 45 to 54 years were most likely to be dissatisfied with life (48.6%) and have depressed mood (15.4%). For substance abuse, close to 1 in 10 either used an illegal drug since injury (11.5%), and close to 2 in 10 (16.9%) misused alcohol since injury. Patients aged 21 to 24 years (36.8%) and 25 to 34 years (37.7%) were more like to have misused alcohol. Patients aged 21 to 24 years were more likely to have used an illegal drug since injury (31.3%). Five years after injury, over half (56.9%) of the patients were not able to resume half of their pre-injury activities, and almost 40% declined from an earlier attained level of ability. Altogether, 5 years after TBI, 50% had either died (20%) or declined (30%) since injury.

Researchers used a sample of 2,556 individuals over 16 years of age who were still living 5 years after TBI from the TBI Model Systems National Database. The study weighted the sample so that it represented the characteristics of the US TBI inpatient rehabilitation population. These people completed inpatient rehabilitation for TBI between October 1, 2001 and December 31, 2007.

Researchers used information from the TBI Model Systems National Database to create the sample. They obtained data during inpatient rehabilitation and through follow-up interviews at 1, 2 and 5 years after discharge.

The contents of this quick review were developed under a grant (number H133A110006) from the U.S. Department of Education, National Institute on Disability and Rehabilitation Research. However, these contents do not necessarily represent the policy of the U.S. Department of Education, and you should not assume endorsement by the Federal Government.