Prior History of Traumatic Brain Injury 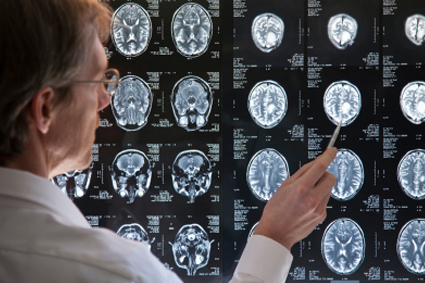 The purpose of this study was to investigate the possible relationship between a prior traumatic brain injury (TBI) and the one first recorded as an entry in the TBI Model Systems (TBIMS) database. Such a prior TBI is called the “pre-index TBI” (i.e., earlier than the first recorded by the Model System program); the “index TBI” is the one recorded upon entry into the Model Systems program. The index-TBI had to be associated with rehabilitation. Earlier publications had suggested an association between multiple TBIs and certain patient characteristics. This study also investigated such psychosocial characteristics as age, gender, race, education, marital status, substance use and abuse, and mental health problems. The severity of the pre-index TBI was also examined for associations with characteristics of the index TBI.

Standardized effect sizes rather than statistical tests were used to determine the relative importance of findings. Effect sizes of less than .10 were considered immaterial; those between .10 and .20 were considered modest; those greater than .20 were considered important; those greater than .30 were very important; and those greater than .40 were substantial. Twenty percent of the sample had experienced a TBI before the index injury. The worst pre-index TBIs were usually mild (81 percent). Individuals with a pre-index TBI tended to be male, and individuals with the most severe injuries were more likely to be male. There was also an important association between never having been married and having a first TBI between the ages of 0–5. Additionally, rates of pre-injury mental health problems were particularly marked for individuals who sustained their first pre-index TBI in early childhood. A consistent and large association was observed between pre-index injuries and emotional and behavioral issues, particularly substance abuse problems. Alcohol and other drug abuse were strongly associated with pre-index injuries regardless of severity or age at first occurrence. A pre-index injury before the age of 6 increased the likelihood of psychiatric hospitalization and substance abuse. Overall, the effects of pre-index TBI were important for anxiety and very important for depression. Unexpectedly, patients with pre-index injuries had less severe index TBIs; at admission and discharge, they functioned at a higher level than those with no pre-index injury.

The Ohio State University TBI Identification Method (OSU TBI-ID) was used to collect data on a patient’s lifetime history of TBI; the presence, severity, and nature of altered consciousness; and the age(s) at which injury occurred. Summary indexes include the number of TBIs associated with: loss of consciousness (LOC) of any duration; LOC >30 minutes; age at first TBI with LOC; whether any TBI with LOC occurred before the age of 15; and the most severe injury. A large number of variables in the TBIMS Database were analyzed for their association with the OSU TBI-ID summary indexes. Depression was measured using the Patient Health Questionnaire–9. Anxiety was measured using a parallel instrument that assessed each of the seven Diagnostic and Statistical Manual of Mental Disorders, 4th Edition, symptoms of Generalized Anxiety Disorder. Information on past and recent alcohol and illicit drug use was also collected.