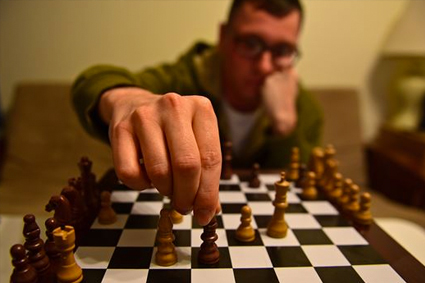 Researchers asked if genetic differences in traumatic brain injury (TBI) survivors had an effect on their cognitive recovery. Researchers tested TBI survivors’ dopamine genotype and other factors related to cognitive performance. Specifically, the researchers asked if genetic variations near the dopamine type 2 receptor gene [within the Ankyrin Repeat and Kinase Domain Containing 1 (ANKK1) gene], and also within the dopamine type 2 receptor gene (DRD2), was associated with cognitive testing performance measured 6 and 12 months after injury. These data suggest that genetic variation within ANKK1 and DRD2 genes influences cognitive recovery post-TBI.

In this study, genetic differences in the ANKK1 and DRD2 genes were associated with cognitive recovery post-TBI for at least one time point. Differences in the ANKK1 gene had the strongest relationship to overall cognitive composite scores. This study examines multiple cognitive domains, demonstrating that variation within ANKK1 and DRD2 influences multiple areas of cognition. Researchers suggest that it is necessary to have a larger study to validate these genetic relationships and cognitive performance after TBI. While this study is one of the largest examining genetic factors in cognitive recovery post-TBI, the cohort studied was not racially diverse.

This study had 108 participants receiving care at the University of Pittsburgh’s Medical Center. All patients were between 16 and 75 years old, and they were Caucasians with severe TBI without a penetrating head wound. There were no vegetative participants. All patients were able to perform the neurological tests and survived 1-year post-TBI. Researchers excluded participants if they missed appointments or were not willing to participate.

Age, sex, and education information was collected by medical record review and by subject or caregiver interviews. Researchers compared the subgroups of participants with different variations of these genotypes. They collected information about participants’ recovery, cognitive performance, depressive symptoms, and demographic information 6 and 12 months after injury. Researchers used the Glasgow Outcome Scale (GOS) and the Functional Independence Measure subscale for Cognitive Function (FIM-Cog) to measure recovery; and tested cognitive performance in four domains: attention, language fluency, memory, and executive function. The Patient Health Questionnaire–9 (PHQ-9) was used to measure depressive symptoms. Mean values were calculated for each of the four domains and the mean of these domain scores was considered the overall cognitive composite score. Researchers tested for associations between the genetic makeup of participants and each outcome (GOS, PTD, FIM-Cog, and overall cognitive composite scores).

*This summary has been reviewed by the corresponding author of the original study.