Mortality of Elderly Individuals with TBI 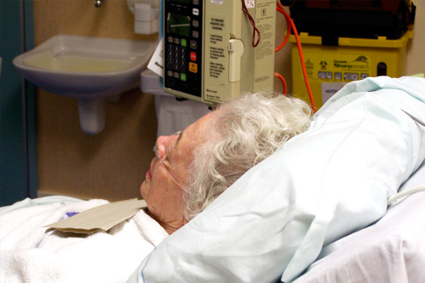 Traumatic Brain Injury (TBI) is a significant cause of death and long-term disability. Although there has been a decline in the incidence of TBI in the general population, the rate of TBI in older adults has increased. Increased age has long been recognized as a predictor of negative outcomes after TBI. The purpose of this study was to determine whether the high rate of mortality (death) in older adults with TBI 1-5 years after their injury could be attributed to certain medical risk factors.

Patients 55 years and older who completed inpatient acute rehabilitation at either Mount Sinai or Elmhurst Hospital in New York City from 2003-2009, and who enrolled in the Traumatic Brain Injury Model Systems (TBI-MS) were included in this study. Patients that died between one and five years post TBI were compared to matched patients who survived at least five years post injury. The sample included 30 deceased subjects and 30 controls matched on age, gender, ethnicity, years of education, and Functional Independent Measure (FIM) score at discharge from inpatient rehabilitation.

Retrospective medical chart review of patients who enrolled in the TBI-MS was used for data collection. In-depth medical record abstraction was completed for the inpatient rehabilitation charts of individuals from both groups. Data included all medical comorbidities listed in the records that were previously identified as important early predictors of early mortality after TBI. Comorbidity refers to one or more coexisting medical condition(s) or disease(s) that is/are additional to an initial diagnosis. The following comorbidities were recorded if the diagnosis was present on admission to, or discharge from, rehabilitation: cardiac disease, hypertension (high blood pressure), hypercholesterolemia (high cholesterol), diabetes, stroke, seizures, dementia, abnormality of gait, cancer, respiratory disorders, endocrine disorders, psychiatric history, and alcohol/drug abuse history. Medications prescribed at time of inpatient admission and discharges were also recorded. Death certificates were used in this study to determine the cause of death and medical comorbidities present at the time of death.