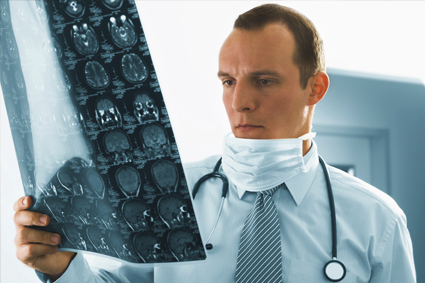 Medical complications in patients with severe traumatic brain injury (TBI) and traumatic disorders of consciousness (DOCs) are common but few systematic studies have reported patterns of complications or how they evolve over time. For this study, researchers were interested in the severity and characteristics of new medical and surgical issues in the patients. The study also focused on trends in incidence of the complications during a 6-week timeframe of inpatient rehabilitation after the injury.

Eighty two percent of the patients had at least one medical problem. Researchers observed 468 medical problems, of which 41 were coded as serious. The most common events were urinary tract infections, hypertonia, sleep disturbance, and aggression. The most severe problems were paroxysmal sympathetic hyperactivity (“storming”), pneumonia, hydrocephalus, and gastrointestinal issues. The rate of new problems declined over time in association with the length of medical management but not with the time after injury. The findings highlight the importance of high intensity medical care early after injury for those with DOCs, and the likely role of that care in stabilizing medical conditions.

These data were collected during a clinical trial of amantadine hydrochloride. The study group included 184 patients, 16–65 years of age. Patients were recruited from acute inpatient rehabilitation facilities in three countries: Denmark, Germany, and the United States. Patients were studied for 4–16 weeks after injury. The sample did not include patients who were medically unstable at the time of enrollment, had significant kidney disease, were pregnant, or had more than one seizure in the past month. In addition, patients could not take part in the study if they had a prior disability of the central nervous system or were allergic to amantadine hydrochloride. Patients scored 12–29 on the Disability Rating Scale.

Two treatment groups were created randomly. One group received 4 weeks of amantadine hydrochloride, while the other received a placebo. The treatment was followed by a 2 week washout period. For at least 6 weeks, researchers watched patients for adverse events (AEs) – “any unfavorable and unintended diagnosis, symptom, sign, syndrome, or disease occurring during the study, having been absent at baseline, or if present at baseline, appears to worsen.” Date of onset, description and severity of the events were noted and classified into neurologic, motor, cognitive/behavioral, pain, medical, ophthalmic, laboratory, and death among others. Severity was measured on a 3-level scale – mild, moderate and severe. This study design didn’t reveal any differences between the two study groups in AEs, so these were attributed to the brain injury rather than the drug and the two groups were combined to describe the pattern of AEs.

The contents of this quick review were developed under a grant (number H133A110004) from the U.S. Department of Education, National Institute on Disability and Rehabilitation Research. However, those contents do not necessarily represent the policy of the U.S. Department of Education, and you should not assume endorsement by the Federal Government.