Global Outcomes and Late Seizures After Penetrating Versus Closed TBI 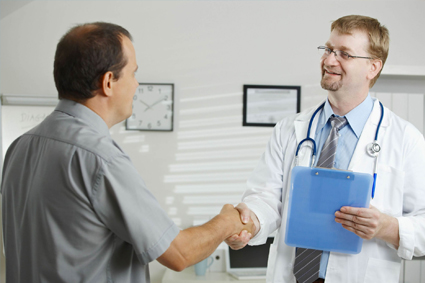 Because penetrating traumatic brain injury (PTBI) is uncommon, the scientific literature has lacked quality empirical data on long-term outcomes. Using a large database, this study compared global outcome on the Glasgow Outcome Scale (GOS) and prevalence of seizure hospitalizations between patients with moderate-severe PTBI and those with closed TBI (CTBI) 2 years post injury.

Compared to participants with CTBI, those with PTBI were more likely to be younger, less educated, non-white, male, and not married, and more likely to have problem substance abuse, longer post-traumatic amnesia, and longer hospital stays. When controlling for these differences, results showed that hospitalizations due to seizures were 2.8 times more likely in participants with PTBI compared to CTBI. Results also showed that lower scores on the GOS (showing poorer functional outcome) were 2.6 times more likely in participants with PTBI when employed before injury. Of participants not previously employed, results on the GOS did not differ significantly between the two groups. Collectively, these findings indicate that individuals with PTBI have significantly poorer prognosis and may have different needs than similar individuals with CTBI.

Participants were from the Traumatic Brain Injury Model Systems (TBIMS) National Database Study that has the following eligibility criteria: moderate or severe TBI as traditionally defined, at least 16 years old, came to one of 20 TBIMS hospitals within 72 hours of injury, and received acute medical and rehabilitation care within the TBIMS. The researchers selected all TBIMS participants injured between 2000 and 2011 with sufficient data properties resulting in 7183 participants analyzed in relation to the GOS and 7107 of almost entirely the same participants analyzed in relation to seizures. Participants were classified as having PTBI if skull fragment(s) were present in imaging studies and if the injury was caused by gunshot wound, assault with a blunt instrument, being hit by a falling or flying object, or other violence. Approximately 96% of participants had CTBI, and 4% had PTBI.

Data were collected at the 20 participating TBIMS centers on all eligible and consenting patients admitted to their inpatient rehabilitation programs. Using the existing database, the researchers compared year 2 outcomes between those with PTBI and CTBI on the GOS rating of global functional outcome and the incidence of rehospitalizations due to seizures. The GOS data had been collected using the structured interview for the extended version and the researchers collapsed this into 3 clinically relevant and parsimonious GOS categories (dead/vegetative state/severe disability, moderate disability, or good recovery). In order to isolate the effect of injury mechanism (PTBI versus CTBI), the researchers also extracted data on other factors known to impact TBI outcome and applied them as covariates in their statistical models. These were sex, race, education level, employment, marital status, problem substance abuse, and injury severity as measured by both duration of post-traumatic amnesia and hospital stay.