Functional Outcomes in Disorders of Consciousness 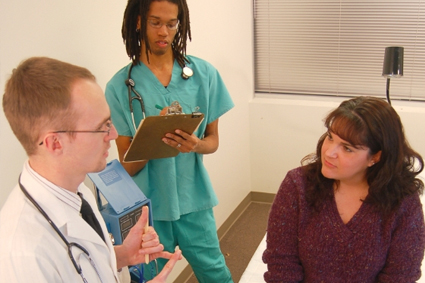 In the United States, many unconscious patients with traumatic brain injury (TBI) are not admitted to inpatient rehabilitation because of the perception that they are capable of little progress. This study was conducted to characterize the long-term recovery patterns and function of patients with TBI who were unconscious (for this study, defined as not following commands) when admitted to inpatient rehabilitation.

In the early-recovery subgroup, 7–21 percent of patients (depending on the FIM domain) were independent by the time of discharge from rehabilitation. The proportion of independent patients continued to increase between discharge and 1, 2, and 5 years, reaching 56–85 percent by 5 years. In the late-recovery subgroup, none achieved independence during rehabilitation. However, the number of patients demonstrating independence increased between discharge, 1, and 2 years, with little additional increase. By 5 years, 19–36 percent were independent. The investigators conclude that many patients with TBI admitted to inpatient rehabilitation with traumatic disorders of consciousness achieve significant functional improvement in the hospital and continue to improve over a 2- to 5-year period. Those who are slow to regain consciousness show less functional recovery, but a substantial minority still become independent over time. This study shows that outcomes for this group are more favorable than is commonly appreciated and that rehabilitation services and plans may need to be updated for up to 5 years to address changing needs.

Study participants were 108 enrollees in the TBI Model System (TBIMS) database between1988 and 2009 who were unable to follow commands before admission to rehabilitation. All were assessed with the Functional Independence Measure (FIM) at rehabilitation discharge, and at 1, 2, and 5 years after injury. The FIM assesses an individual’s level of independence in a range of self-care, mobility, and cognitive domains.