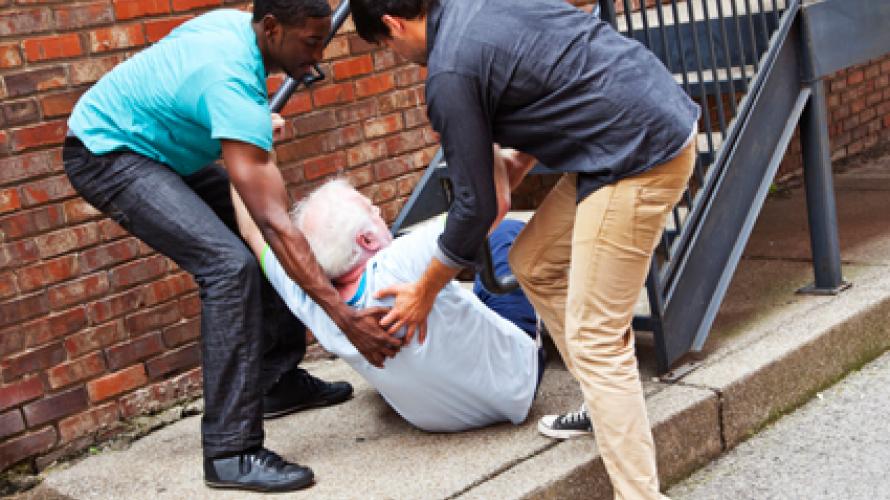 Medical and rehabilitation care advances have contributed to an increase in the number of individuals with spinal cord injury (SCI) who are able to regain and maintain ambulatory (walking) abilities. However, some studies have implied that the risk of falls is higher for ambulatory persons with SCI. This study assessed the relationship between the use of different walking devices (canes, walkers etc.), alcohol intake, exercise and prescription medication use and falls resulting in injuries (FRI).

The findings imply that when healthcare providers work with individuals with a SCI who are ambulatory they should be mindful of the increased risk of FRI and its associated conditions. These include unilateral support, balance difficulties, pain medication misuse. Furthermore, results imply that appropriate assistive devices such as those that offer bilateral support and exercise are likely to associate with fewer FRI.

This study involved 515 individuals in the southeastern United States with traumatic SCI who were 18 years or older at the time of assessment, were at least one year post injury, and were able to walk.

Potential participants were identified from data records at a specialty hospital in southeastern United States and recruited by an introductory letter via mail. Non-responders were also contacted by phone calls. Those individuals that agreed to participate in the study self-reported on the number of FRI in the past year, whether they used a walker (standard or rolling), canes or crutches (0,1, 2), short or long leg braces (0, 1, 2). They also reported on the maximum walking distance, relative portion of time spent walking versus time using a wheelchair and perceived walking speed and balance compared to persons of the same age and stature without a disability. In addition, participants were asked about their alcohol use and pain medication use. Variables such as age, gender and injury level were also collected.