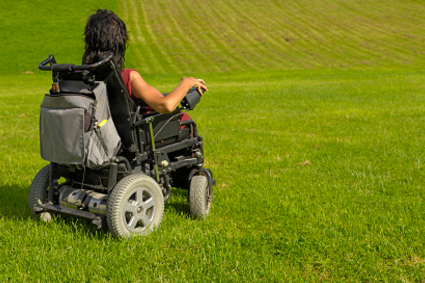 The goal of this study was to identify differences between power wheelchair (PWC) manufacturers in terms of the amount of reported repairs and adverse consequences experienced by individuals with a spinal cord injury (SCI) who use a PWC ≥ 40 hours/week. Comparisons were based on manufacturer, if the PWC had seating functions, and PWC Healthcare Common Procedure Coding System (HCPCS) groups 1-4. The HCPCS categorizes wheelchairs based on weight capacity, seating functions, and specialty controls. The 10 most frequently prescribed PWC models were also compared. Additionally, this study investigated whether there were any differences over time within each manufacturer by comparing the frequency of reported repairs and the consequences between a current (obtained June 2006-February 2011) and historical (obtained April 2004- March 2006) data set.

The study found that across participants, 60.4% required 1 or more repairs and 30.8% of those that reported repairs experienced 1 or more adverse consequences. No significant differences in repairs based on manufacturer were found overall or among participants with PWCs equipped with seating functions. However, a comparison of PWCs without seating functions showed that significantly more participants using Invacare, Sunrise, and E&J required repairs than those using Pride. No significant differences were found between manufacturers in the number of consequences experienced. Results also showed that for HCPCS group 2 wheelchairs, significantly more Invacare users reported needing repairs than Pride users. The study also found that there was an uneven spread of consequences experienced among the 10 most frequently prescribed models (7 made by Invacare) with Invacare Storm Series TDX5 and Invacare TDX SP associated with more consequences. In addition, Invacare users reported significantly more repairs and consequences in the current data set compared to the historic data set.

The study results should be interpreted with caution because of the small sample size for some PWC manufacturers among those surveyed and since the age and amount of use of the wheelchair were not taken into account for this analysis. Moreover, there were more Invacare PWC users in this study than those that use PWCs from other manufacturers, which may explain why significant results were detected for Invacare. Nonetheless, the findings indicate that repair rates were 50% or greater and further evaluation is needed to improve wheelchair quality.

Participants were included in this study if they received care at a national Spinal Cord Injury Model System (SCIMS) site, were older than 16 years, had an SCI and resulting neurological impairment at least 1 year prior to the study, and used a PWC for more than 40 hours/wk. A total of 1114 PWC users were surveyed for the study. After excluding data from those participants who did not provide complete information or used a PWC from a manufacturer with less than 20 users, data from 945 participants were analyzed. This study compared PWCs from the following manufacturers: Everest & Jennings (E&J), Invacare, Permobil, Pride Health Care (Pride), and Sunrise Mobility (Sunrise).

The study was conducted by asking participants to complete a questionnaire either by phone or in person. Participants were asked to report any repairs required in the 6 months before the study. For those participants that reported having their PWC repaired, they were also asked whether the following consequences occurred: no consequence, been stranded, been injured, missed work or school, and/or missed a medical appointment.