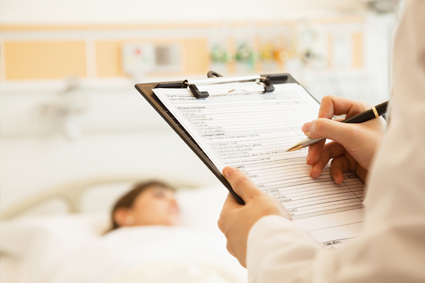 Predictive Value of IL-8 for Sepsis and Severe Infections After Burn Injury: A Clinical Study

Inflammation created by burn injuries contributes to increased rates of infections, sepsis, organ failure, and death. This study explored with a biomarker, interleukin 8 (IL-8), could be used to predict post-burn sepsis, infections, and mortality.

IL-8 may be a valid biomarker for monitoring sepsis, infections, and death in burn patients. Subjects in the high IL-8 group had significantly longer hospital stays. They also experienced higher rates of multi-organ failure, infections, sepsis and death than those in the low group. In the low group, analysis of IL-8 levels indicated it could significantly predict the rate of multi-organ failure. In the high group, IL-8 levels were able to predict sepsis. High levels of IL-8 correlated with increased multi-organ failure, sepsis, and death. Death rates were lower in the low IL-8 group, both at the 60 day mark and overall.

Four hundred sixty-eight pediatric patients with severe burns on more than 30% of their total body surface area (TBSA) were enrolled in this study. Subjects were 70% male and 8 ± 6 years old. Study participants were categorized based on their IL-8 levels. 335 patients were in the low group (IL-8 levels below 234 pg/mL) and 133 patients were in the high group (above 234 pg/mL).