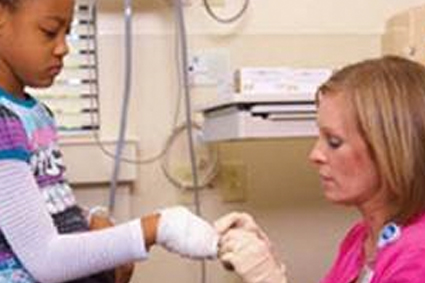 What score on the Vancouver Scar Scale constitutes a hypertrophic scar? Results from a survey of North American burn-care providers

Hypertrophic scarring following burn trauma is thought to be an important contributor to treatment outcomes. In order to understand the risks from burns, a good, reliable measure of scars is needed. The researchers set out to survey burn-care providers to learn if a widely used scar scale, the Vancouver Scar Scale (VSS) can be reliably used to define scaring. There is no universally accepted definition of hypertrophic scars.

The study found that clinicians do not routinely use the VSS, and when used the interpretation of findings varies among practitioners. However, results of photograph evaluations showed that the height of the scar proved to have good accuracy. Researchers stated that the finding needs to be validated through in-person scar assessments, however. Given that there is currently no tool that has been shown to accurately identify hypertrophic scars, researchers believe that there is need to develop a more reliable scar assessment tool.

Researchers distributed an online survey to 1,000 burn care providers by email. The researchers gathered the email addresses from the member directory of the American Burn Association. Most of the respondents were physicians, therapists, or registered nurses with over 10 years of experience working with burn patients.