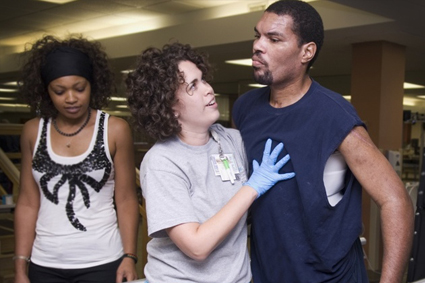 This study explored the characteristics and outcomes for burn patients admitted to inpatient rehabilitation facilities (IRF). The goal of this study was to determine whether re-admitted patients had outcomes different from those who required only one stay.

The researchers reported that no significant differences were found in four of the outcomes (admission functional status, length of stay, FIM efficiency and discharge disposition) between the repeater and non-repeater groups. There was an inverse relationship between repeater status and total FIM discharge score and change in FIM score. The differences in discharge FIM total and FIM change were small and may not reflect clinically meaningful differences. Burn injury patients who required a second IRF admission had rehabilitation outcomes similar to those who did not require a second IRF admission. The results emphasized the value of inpatient rehabilitation for those with burn injury that require readmission.

This study included 7043 subjects. In total, 188 of the study participants had more than one IRF stay while 6855 had only one stay. Subjects were burn injury patients 18 years or older admitted to IRFs between 2002 and 2011. Patients and cases were excluded if they were discharged against medical advice (n = 40) or came from a facility with a high frequency of zero onset day patients (n = 11).