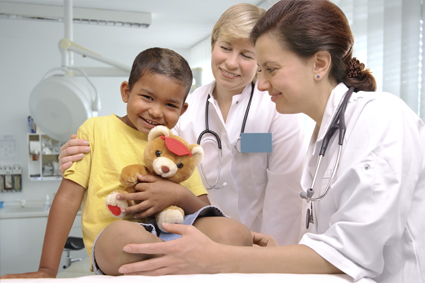 According to this study, glucose tolerance may be abnormal in burn injury survivors 2–3 years after injury. Survivors had higher levels of fasting blood insulin and higher insulin response to a glucose challenge than those in the control group. Approximately 12% of the patients met the criteria for impaired glucose metabolism. Age, burn size, and body fat percentage were significantly associated with glucose intolerance. Time post-burn and lean mass were less likely to be associated with glucose intolerance. Being overweight or obese was not a significant predictor of insulin resistance. As reported in previous studies, insulin resistance gradually decreased over time and muscle tissue played a role in glucose disposal. Findings may be limited in scope because most of the subjects were Hispanic males. The researchers suggest that screening for abnormal glucose metabolism should be emphasized in patients with large burns, are older, and are survivors with high body fat.

The study group consisted of 61 burn injury survivors, 0–21 years of age, of whom 74% were normal weight, 23% were overweight and 3% were obese. Thirty-nine participants were males and 22 were females. Each survivor had a burn injury within last 2–3 years and at least one surgery. Burns covered at least 40% of their body. The control group included children and adolescents without burns and who were obese, had a family history of diabetes, or were likely exposed to gestational diabetes. Controls were older and had higher body mass index (BMI) than subjects in the study group. Data for the control group were taken from already published studies.

Researchers looked at medical records to gather data about subjects in the study group. Height and weight were measured by electronic scale. Body fat percentage was measured by x-ray absorptiometry. Each subject took a 2- hour oral glucose tolerance test, during which blood samples were collected in the fasting state and at 30, 60, 90, and 120 minutes after drinking a standard glucose dose. From this data, researchers assessed insulin resistance and sensitivity in order to detect impaired glucose tolerance (or pre-diabetes). They compared the glucose tolerance of subjects in the study group with those in the control group. Researchers also looked at the factors associated with insulin resistance and sensitivity.