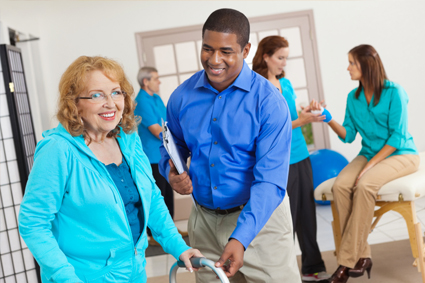 The study looked at how cognition (the ability to understand and process information) relates to the functional recovery and time spent in hospital for patients in special burn recovery facilities, called inpatient rehabilitation facilities (IRFs). Researchers in the study used an evaluation called the Functional Independence Measure (FIM) to determine how cognition related to IRF recovery results. Burn injury patients answered cognition questions in the FIM survey when they entered the IRF. Patients received a FIM cognition score based on their answers. The FIM score ranged from 1 to 7. ! score of “1” means the patient requires full assistance, while a score of “7” means that the patient has independent function.

Researchers found that patients with higher FIM cognition scores when entering the IRF were more likely to have a greater improvement in their overall FIM scores, and were less likely transfer to the acute care hospital soon after the burn injury. They also had lower length of stay efficiency scores. These findings indicate that cognitive status may be an important predictor of rehabilitation outcomes in the burn injury population.

Researchers reviewed existing medical records from 5,347 patients who had been admitted to an IRF for burn rehabilitation between the years of 2002 and 2011. The study did not include the records of patients that left the IRF against medical advice, died during their stay in the IRF, or received care in an IRF facility where more than 5% of the patients enter the IRF on the day that the burn injury happened.

The researchers accessed the patient records using a database called the Uniform Data System for Medical Rehabilitation (UDSMR). In the database, the researchers looked at the total FIM cognition scores to see if patients with higher cognition FIM scores had better overall FIM scores after their stay in the IRF. They also measured length of stay and related this to overall FIM score to create a length of stay efficiency score. A higher length of stay efficiency score indicates that the burn survivor experienced greater improvements in overall FIM per day of inpatient rehabilitation, on average.