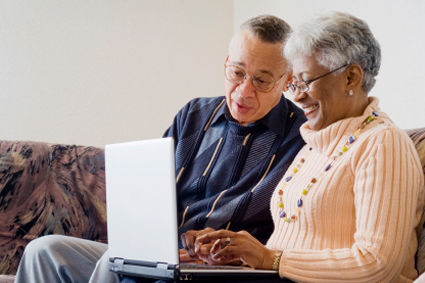 Predictors of Discharge Disposition in Older Adults With Burns: A Study of the Burn Model Systems

This study studied hospital discharges from three major U.S. burn centers to learn which factors predicted whether older burn patients were discharged with independent or non-independent living statuses. Previous research suggested that older burn patients who are discharged with non-independent living status are more likely to experience poor outcomes and even death. The researchers proposed that it would be possible to identify predictors for where patients were discharged and to assess which of these factors were modifiable and which were not. Ultimately, they hoped this effort would lead to better health outcomes and possibly lower mortality.

A large number of participants older than 75 were discharged with non-independent living statuses: 41% at JHU and 50% at UW, and 18% of older adults at UTSW were discharged with non-independent living statuses. The study’s main finding is the difference in discharge practices among the three centers. Researchers also found that participants in the 65-74 and 75 and older age categories were more likely to use inpatient rehabilitation services than those aged 55-64. Participants with more than 20% of TBSA, those requiring mechanical ventilation, and those with range of motion deficits were more like to use inpatient rehabilitation. Participants living at home before their burn injury were significantly more likely to be discharged to independent living. In contrast, participants with a hospital stay longer than 21 days, an amputation, or other diseases were significantly more likely to be discharged to non-independent living. This study suggests that there may be differences among institutions in their treatment protocols during the acute care phase of care. These may result in a higher likelihood of discharging older adults to independent living arrangements. Practices such as those in place at UTSW, which incorporate physiatric consultation early and throughout the hospital stay, as presented in this manuscript, is an example of a successful management plant. More research in this area may help burn centers put in place new protocols and practices that may benefit the health outcomes for older adults with burn injuries.

The study included the records of all adults aged 55 or older enrolled in the Burn Model Systems National Database (BMS) between the years of 1993 and 2011. Of the 591 patient records included, 69.7% were male, mean age was 66.7 years (SD 9.3), and mean total body surface area (TBSA) burned was 14.8% (SD 11.2). Researchers only included patients who were discharged alive in the study. Study participants were enrolled at the Johns Hopkins Burn Center (JHU), the University of Washington Medicine Regional Burn Center (UW), or the University of Texas- Southwestern Medical Center (UTSW).

The study was a retrospective chart review. Researchers organized the records of the 591 participants based on where the participant was going after leaving the hospital. If participants went to their homes or another person’s home at discharge, it was considered an independent living status. On the other hand, researchers considered participants going to an extended care facility, inpatient rehabilitation facility, or another institution as discharged to a non-independent living status. The TBSA, age and whether there was inhalation injury were determined and patients were classified according to these factors. Researchers used a variety of statistical tests to study the different characteristics of the participants.